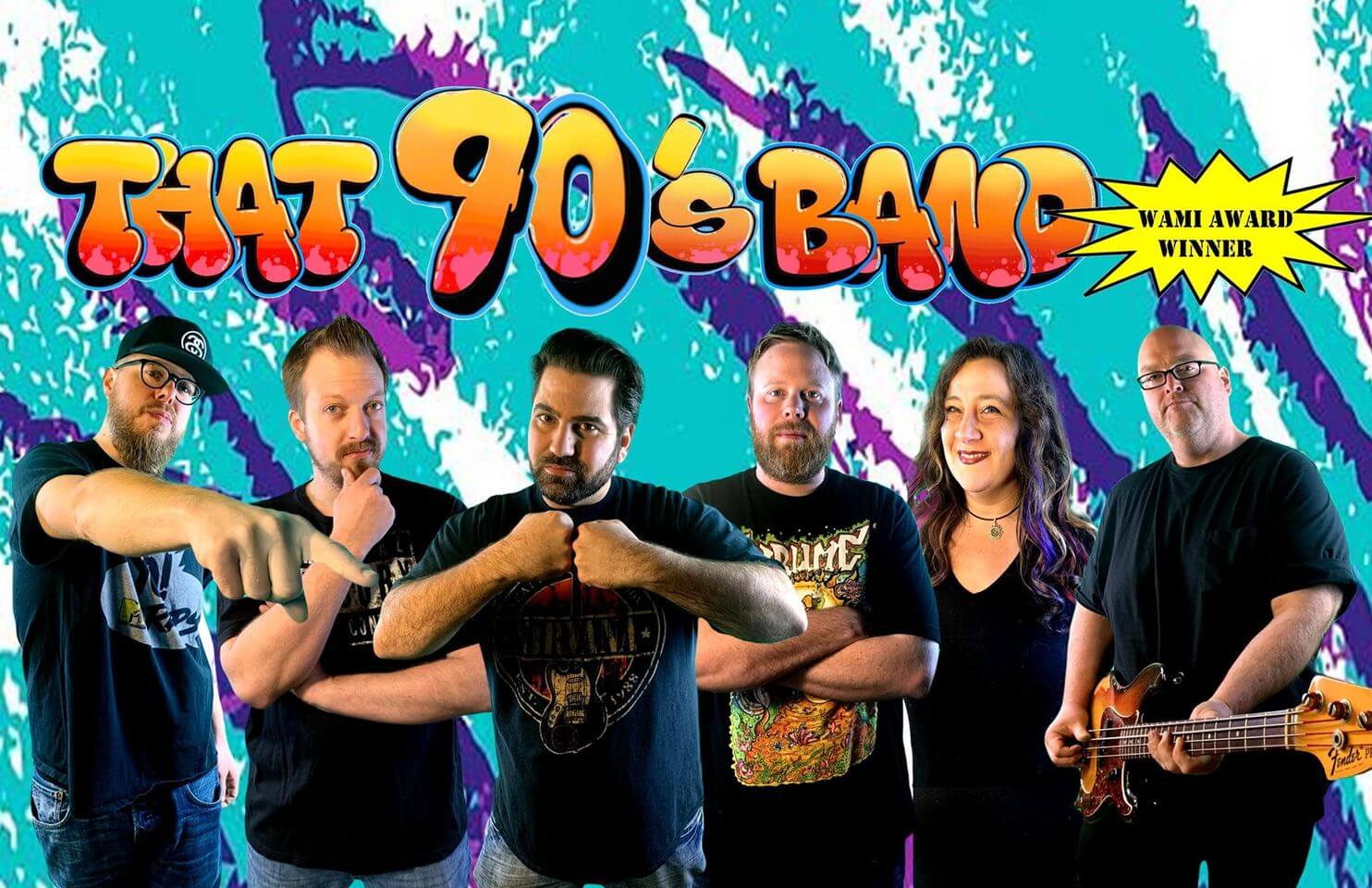 Catch That ’90s Band, live and in concert

What do Vanilla Ice, Green Day, Alanis Morrissette, and Nirvana all have in common? They’re part of the set list of hottest hits performed by the award-winning That ’90s Band. That ‘90s Band recreates the soaring vocals, gritty guitars, and distinctive hip-hop samples of the wide spectrum of 90’s music.

About Music at the Marv

Join us every Tuesday evening from June through August for free concerts at the Marvin Roth Pavilion in Lower Courthouse Park on Main Street. Come early and grab dinner from one of the food trucks and enjoy beer from Gray’s Brewing Co.